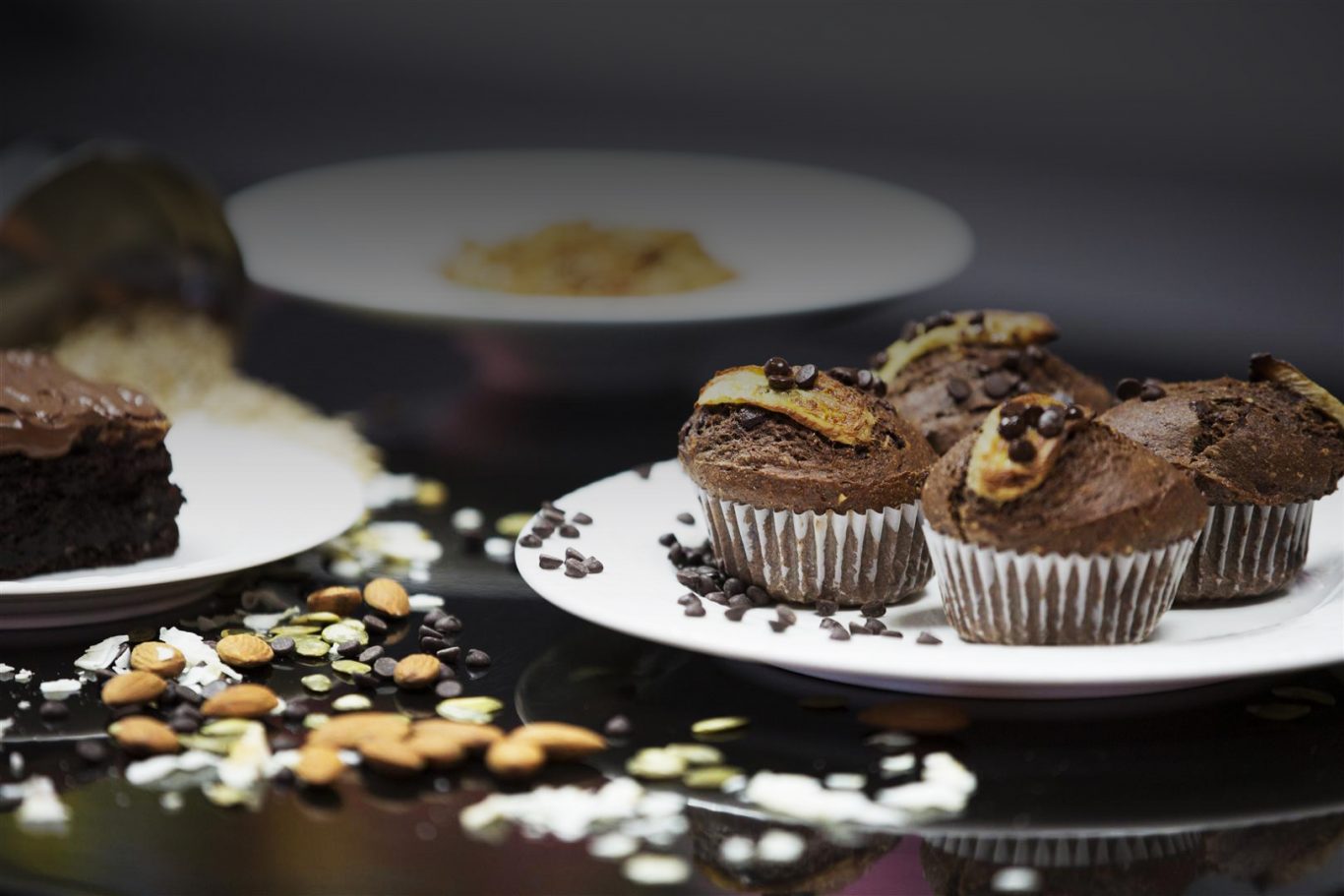 “A healthy plant-based diet can prevent chronic illness, build our immunity and improve our quality of life. I keep up on the latest science on food so that my family, friends and customers can reap incredible benefits and never give up on taste.”

We’re a husband and wife team that is passionate about sharing our love for health promoting foods with our community. Join our extended family by subscribing to our newsletter and never miss out on menus, deals and more.

From our family to yours, with love. 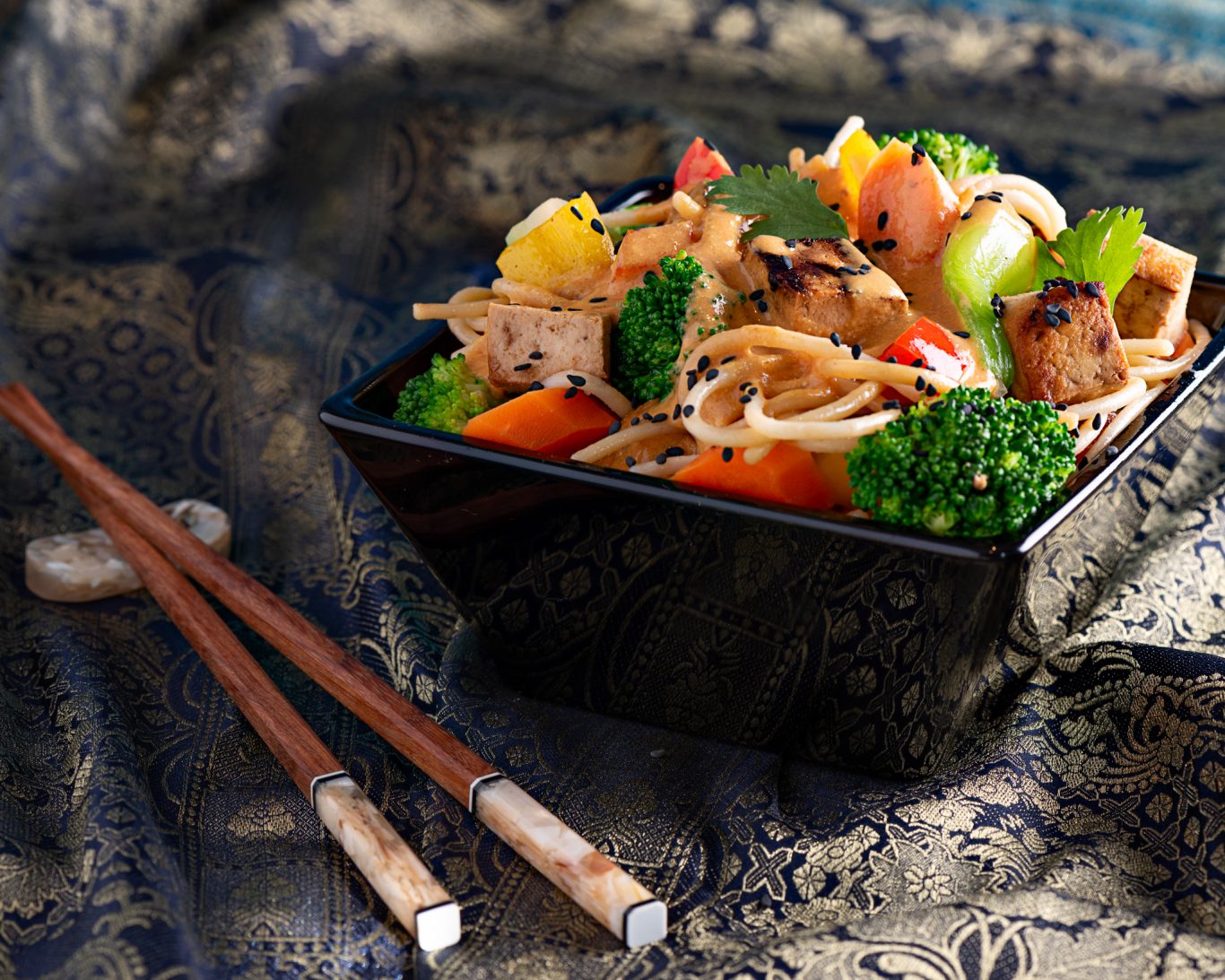 Our talents and experience are diverse, but at Veganessa, we’re united by one thing: an overarching passion for vegan food.

A husband and wife team

We know that what we eat matters and the love we have for delicious plant-based cuisine is shared with you in every dish.

The Chef Veganessa story began over eighteen years ago, when Vanessa Percher – the creative mind behind all the flavor-packed dishes at Chef Veganessa – was diagnosed with Celiac Disease. Back then, gluten-free plant-based foods were not mainstream and people with intolerances, like Vanessa, had very few options to choose from in restaurants and at the grocery store.

As it turns out, that diagnosis early in her career was a blessing: it helped her to identify an emerging need in the marketplace and changed how she perceived our relationship with food. Not one to back down from a challenge, she hopped on a plane to India to study the ancient wisdom of Ayurvedic nutrition & healing through food.

From that point onward, Vanessa began to combine that knowledge with her professional and technical culinary background, which includes: a degree from St-Pius Culinary Institute, certificates in Nutrition from Alive Academy of Natural Health, a certification in plant-based nutrition from Cornell Center for Nutrition Studies, as well as multiple completed courses at the Natural Gourmet Institute in New York City.

In 2010, Vanessa began creating meals from her home kitchen. Always a supporter, Alessandro helped with meal packaging and deliveries while managing a full-time job. He had a love for food – Vanessa’s dishes spoke for themselves – and the foresight that plant-based nutrition would eventually be on the rise. Vanessa quickly grasped that to turn her home-based business into a commercial enterprise, her creativity and culinary mastery would be best paired with Alessandro’s strategic mindset and business acumen.

Fast forward to 2011, and Chef Veganessa’s new Beaconsfield home opened its doors for the first time. Husband and wife began to fill the local community’s growing demand for health supportive foods with high quality, fresh and 100% gluten free plant-based meals. Over the following decade, Vanessa would offer private chef services, catering services, cooking classes and consulting services, as well as commercial recipe development for restaurants and food distributors. She would go on to teach vegan cooking and baking workshops locally and internationally and be solicited by the stars to cook on movie sets.

Chef Veganessa has become a household name, throughout Montreal and beyond, earning this family duo hundreds of loyal customers, celebrity clients and coverage in many magazines, newspapers and blogs. And their story continues…